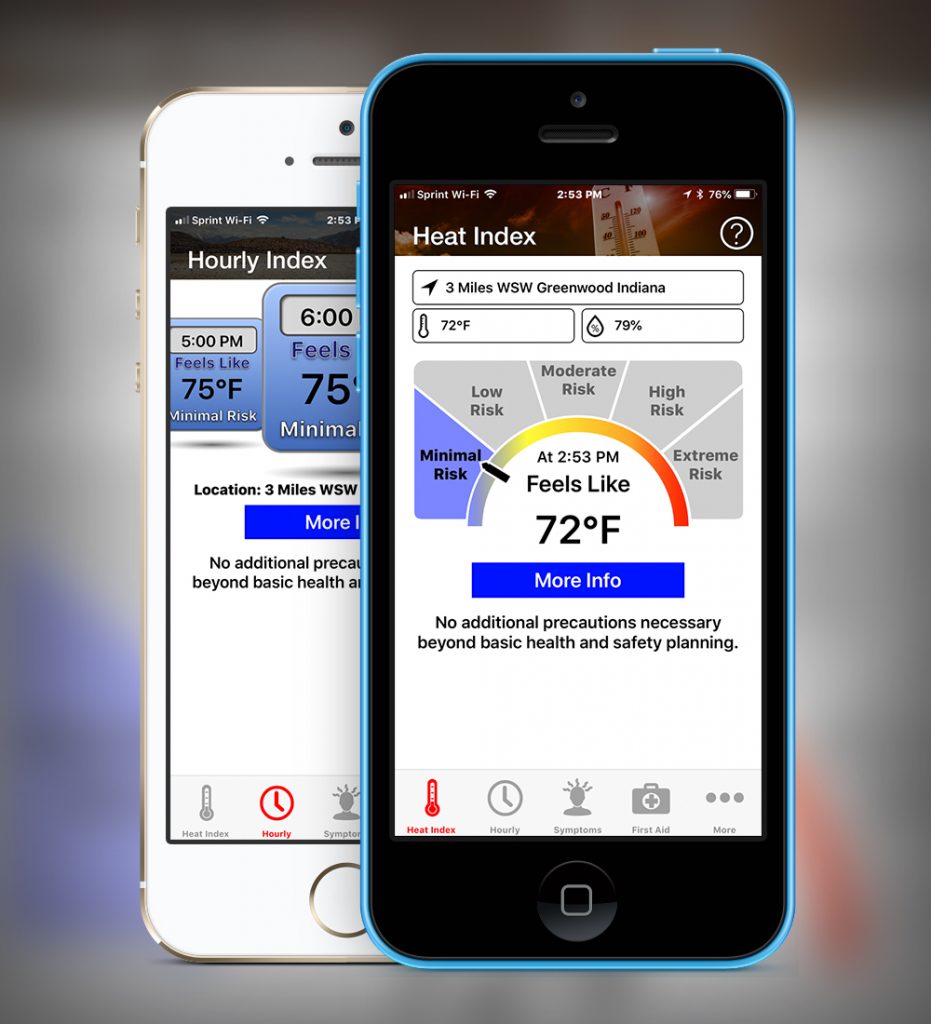 In 2016 I began working for Attain, LLC as a contract employee. My first project for the National Institute of Occupational Safety and Health (NIOSH) was to redesign and develop the Heat Safety Tool which was originally developed/contracted by OSHA.

The OSHA version of the app had some amazing content and functionality which I felt was hidden under the limited user interface. Working alongside my fellow contractors and Federal employees, we set out to drastically redesign and improve upon the interface as well as add hour-by-hour prediction information.

The success of the app has been overwhelming. Not only does this government app preform well against commercial weather apps in the App Store charts, in just one year it has received a quarter of a million downloads and has even been featured on the Weather Channel.

Roger wrote his first commercial software program in 1988 while he was still in college. He's had two long careers as a graphics designer/coordinator with a small magazine, and as lead software engineer/Oracle DBA/Linux and Windows system administrator with Indiana University. In November 2014, he left I.U. to focus on Streamside Software, the company he co-founded with his wife, Jill.
In 2016 Roger joined Attain, LLC providing iOS development for the National Institute of Occupational Safety and Health (NIOSH) under the CDC. In 2018 Roger was awarded the Bullard-Sherwood award (Technology Category) for his integral contributions to the redesign and development of the OSHA-NIOSH Heat Safety Tool iOS app.

If you'd like help with a project, drop me an email at streamside7@hotmail.com or give me a call:

Want to stay connected with my upcoming projects? Follow me on my social networks: